Posted by otolines on September 26, 2011
Posted in: Mitsubishi. Leave a comment

There is good news for lovers of sedan, especially the lancer.Mitsubishi will add a variant of all-wheel drive (AWD) for legendary car Mitsubishi Lancer. CEO of Mitsubishi Motors America, Yoichi Yakozawa hope that this new variant could be priced cheaper than other Mitsubishi AWD variants.
In Ralliart trim, you get the same basic package is now used to consist of a top-of-the-line EVO: Turbo engine, AWD system is adjustable, dual-clutch automated manual transmission – and zero to 60 in mid-high five-second range.
And unlike the current EVO – which starts at nearly $ 38k on the MR trim – you can drive home Ralliart for less than $ 28k.
WHAT IT IS
Ralliart is the (many) jump-up version of the Lancer compact sedan economy. It offers a nearly-EVO performance and most of the functional enhancements that make the EVO what it is, including the same three-way adjustable (snow / gravel / asphalt) AWD system with center and rear diffs. The main difference between the Ralliart and EVO is that you can not get a driver-controlled clutch (for example, a conventional manual transmission) in the Ralliart, and that you can not get anything but the EVO in the form of temporary Ralliart sedan is available in both sedan Sportback (wagon) bodystyles .
Also, of course, price. A Ralliart sedan has an MSRP of $ 27,695, while an EVO sedan starts at $ 34,095 (for GSR) and $ 37,295 for the MR.
Ralliart main competition is $ 25,495 – $ 28,995 Subaru Impreza WRX.
WHAT’S NEW FOR 2012
Lancer lineup is largely unchanged for the new model year, except that – reportedly – AWD will be available in a lower price Lancers SE. However, it will not be the same system used in the Ralliart or EVO.
WHAT’S GOOD
EVO affordable.It may also cost far less to ensure than the EVO (GSX-R 1000 from the car).Racy dual-clutch automated manual transmission; super-sophisticated AWD adjusted.Superb handling / response.
WHAT IS NOT SO GOOD
Driver-controlled manual transmission is not available.Crack ho ‘appetite (for gas) if you drive it aggressively.WRX is very similar Soobie started out thousands less, stronger and faster – and is equipped with a regular five-speed stick.
IN THE HOOD
The Lancer Ralliart has an engine (2.0 liters) of small that makes a big power (237 hp). It’s the same basic engine as the EVO (291 hp) is not quite as freakishly strong for its size.

However, even 237 hp out of 2 liters is an achievement worth pondering. As recently as the mid-90s, is a 237 horsepower V-8 number and even today, a very high output typical V-8 – for example, the current Mustang GT 5.0-liter, 400 hp V-8 – do not approach power output per liter that delivers 2-liter Mitsubishi. GT V-8 will need to make more than 500 hp for the same as the 2.0 ‘power per liter standard.Acceleration is – not surprisingly – very good. Ralliart up to 60 in about 5.7 seconds, not at all far behind the current EVO (which will be there in about 5 flat).

The Ralliart has the same basic suspension layout as the race-ready EVO, including the three-mode (Tarmac/Gravel/Snow) driver-adjustable AWD. The tire package is not quite as aggressive as the EVO’s and you don’t get the huge Brembo brakes that are available with the EVO – but these are differences you’ll notice only at the track, driving all-out. On the street, the Ralliart is still a very formidable machine that will outcorner almost any comer. Especially comers in its price range – which excepting the Subaru WRX do not even offer a high-performance AWD system (and the Soobie’s is not driver-adjustable) or race-bred dual-clutch automated manual transmissions, either.

Just two things would be issues for me as a potential buyer of this car.
The first is a minor thing – the strange (and loud) sound that the turn signals make when engaged. Tick-tok, Tick-tok. Maybe I am just noise sensitive. But the buzzer would be the first thing to go.
Second is more serious.  Maybe. I would be a little paranoid about the future prospects of the 2.0 liter engine. Boosted hard and heavy to make the power that it does, it may not be doing so well by the time the odometer has say 80,000 miles or so showing.

I don’t see a lot of older EVOs running around.
On the other hand, these cars tend to live hard lives and you can’t fault the car for that. Also, Mitsubishi has really put some money where its mouth is to try and allay potential buyer fears by giving buyers a confidence-inspiring five-year/ 60,000 mile comprehensive warranty plus a ten year/100,000 mile warranty on the powertrain, which of course means the engine and transmission.

The new Mitsubishi Lancer will go on sale next fall. Parties Mitsubishi expects to reach 100,000 units sold for the next few years.
http://epautos.com

Posted by otolines on September 22, 2011
Posted in: Honda. Leave a comment

The 9th generation Civic has become the next successor of the great design of the Civic with the family a much more modern and attractive. In the American market, the Civic is offered with 5 different models, including the Civic Hybrid and Civic Coupe. Beginning with the all-new Civic HF, was powered by a 1.8-liter i-VTEC engine END_OF_DOCUMENT_TOKEN_TO_BE_REPLACED

Posted by otolines on September 21, 2011
Posted in: Honda. Leave a comment

Honda has proven, once again that beauty and functionality can work together to create a vehicle that will really turn heads.  The 2012 Honda Accord sports a reworked front grill which, while adding a certain element of class, also contains a reworked cooling system to make sure to the powerful engine is always running at peak efficiency.  The bumpers have been reworked to include improved front and tail lights and the premium models include bi-Xenon headlights with active cornering technology.  END_OF_DOCUMENT_TOKEN_TO_BE_REPLACED 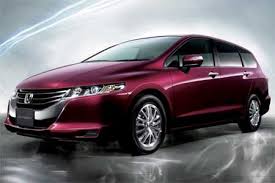 2012 Honda Odyssey has been released. The following car specifications are popular since 2005. 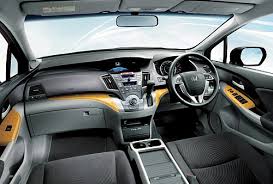 [2] The USB Audio Interface is used for direct connection to and control of some current digital audio players and other USB devices that contain MP3, WMA or AAC music files. Some USB devices with security software and digital rights-protected files may not work. Please see your Honda dealer for details.

[3] XM services require a subscription after 90-day trial period. Subscriptions governed by SiriusXM Customer Agreement; see http://www.siriusxm.com. If you decide to continue your XM service at the end of your complimentary trial, the plan you choose will automatically be renewed and you will be billed at then-current rates until you call XM at 1-800-967-2346 to cancel. Fees and programming subject to change. Available only to those at least 18 years of age in the 48 contiguous United States and D.C. ©2011 Sirius XM Radio Inc. Sirius, XM and all related marks and logos are trademarks of Sirius XM Radio Inc. and its subsidiaries.

2012 Honda Odyssey will not change mechanically, 3.5-liter V-6 will be back as a single machine and must maintain a rating of 248 horsepower and 250 pound-feet of torque. This machine is maximizing fuel efficiency in low-demand driving conditions using Honda Variable Cylinder Management (VCM) to idle two or three cylinders and then instantly restore all of six years when the power is needed.